I was amazed we didn't get a tornado spinning through town last week and there's still some question of whether or not Fennimore did. I got a good look at that funnel cloud on the TV and if that thing wasn't a twister our state flag shouldn't be changed to a guy grilling brats while pounding a case of Pabst.* (It should.)
Fennimore is significant because it's only 12 miles away from where we get popcorn and overpriced trinkets and is the birthplace of my swinophobia (pigs were guarding a patch of ditch weed at someone's farm in the seventies—it was a whole thing). 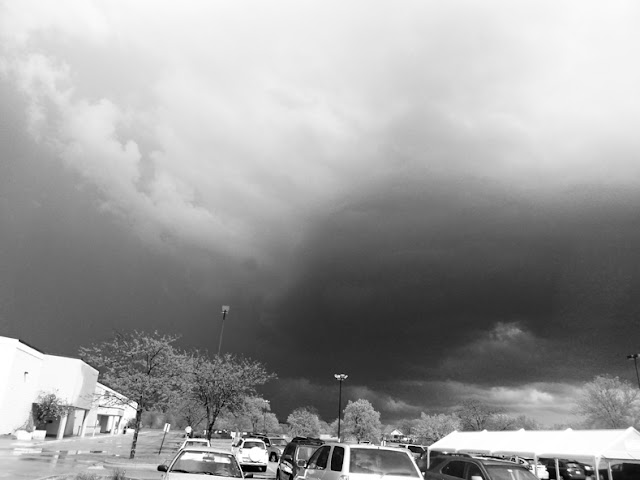 *According to 24/7 Wall Street, not only half of the 20 Drunkest Cities in America are in Wisconsin, but so are the top four. The city in which I live is number four and the first college I attended comes stumbling in at number ten. Green Bay is still number one. Go Pack.
Posted by Jeanna at May 16, 2018