I took my waterproof Lumix for a test run in the pool on Saturday night. One of my more aquatic cousins was happy to help. 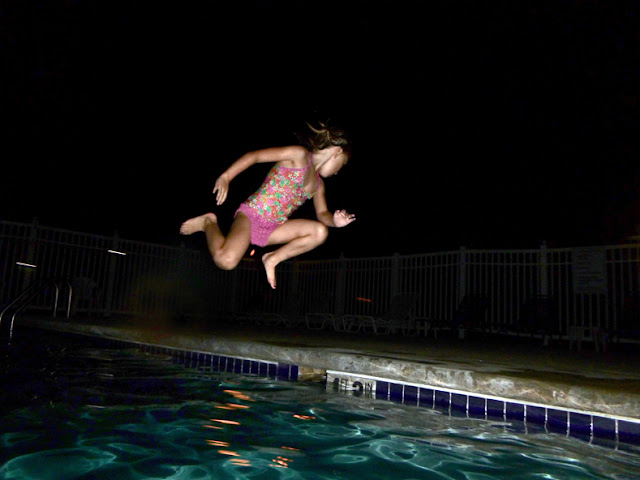 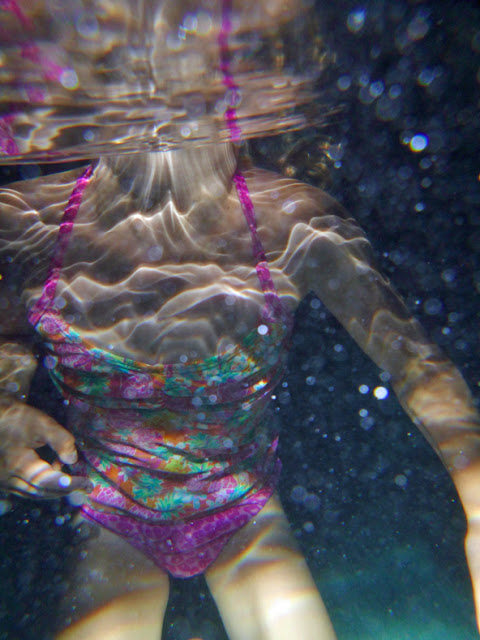 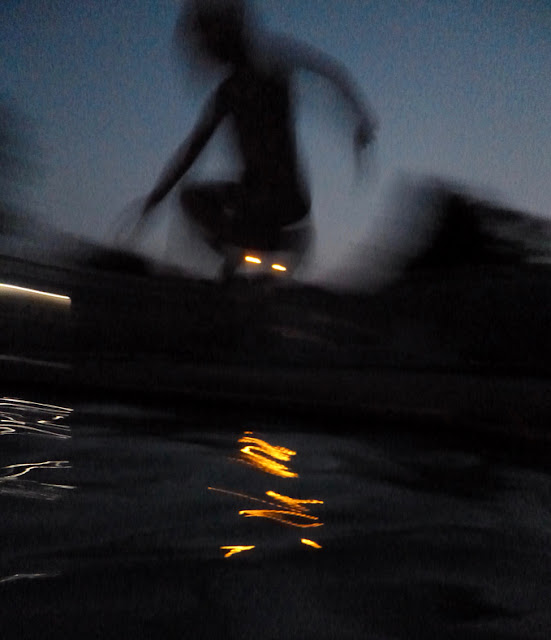 Our family reunion didn't have a home after the parks flooded. 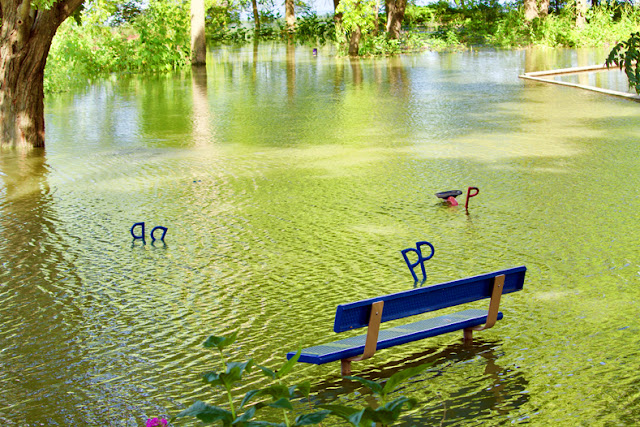 But Aunt Em, the Irish aunt who still doesn't have her car due to getting stuck in last Monday's flood, got us a last minute banquet hall.

The reunion started in the hot muggy air on the side of the building and everyone spilled back out there when we closed the place down.

The Dempseys close places down a lot.

The kids had bubbles and chalk which provided some entertaining photos.

When I asked lil' cuz if he liked his full name or the short version he said he wants to be called, "Bubble Gum" or "Cotton Candy."

A family of brindled German Shepherds unleashed themselves in the parking lot in front of us and we found out they were training to be police dogs.

We had our family reunion yesterday but as my cousin (aka Cousin 2) tells it, the spot for our family picnic was "underwater" so we moved it inside (and out near the parking lot) of our local Eagles.


It's worth noting that a group of the Irish cousins was meeting at an east side bar the night of the deluge and I decided not to join them because I'm not insane. Well, one of the Irish aunts got stuck after leaving the bar. 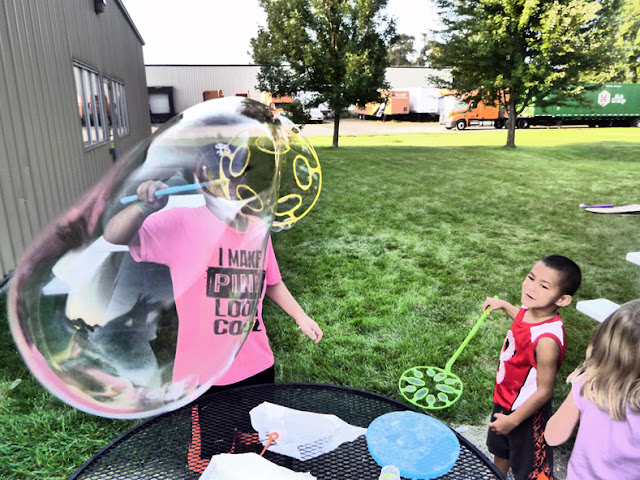 She had to hitchhike home where AAA told her she had to go back to wait with her partially submerged vehicle.

The actual garage told her differently saying she could wait at home for them to call back. 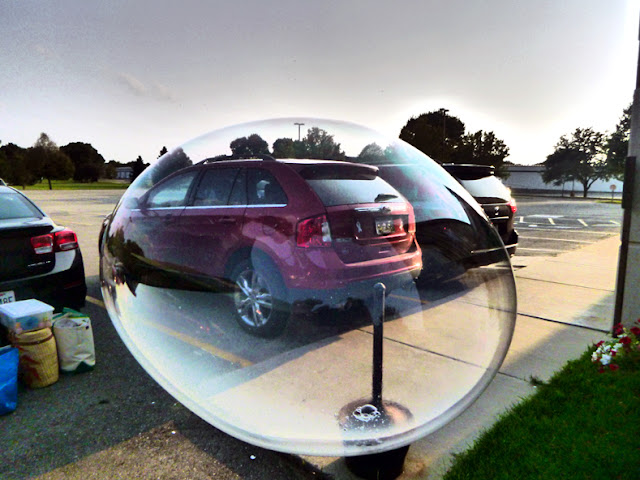 She waited until 4 am, about 5 hours.

It's also worth noting that it's rumbling and raining right now, streets are still closed, city buses are still free and it's supposed to rain through Wednesday.

So far 160,000 sandbags have been filled and now we're afraid of trees. The older ones are in danger of being uprooted in high water areas and newscasters are asking the meteorologist what people on the east side should be looking out for. (The answer is rain.)
Posted by Jeanna at August 26, 2018 26 comments:

The Day Before The Rain Came

We had Sunday brunch at the Norske Nook which is very much above water and serving Fresh Peach as their Pie of the Month.

You Can't Get There From Here

I swung by a few places on the other side of town this afternoon. We had a lot of rain here on Monday and I wanted to see how the west side was doing.


Auto repair shops looked crowded, probably from all the stranded and towed cars, and there were carpet cleaning vans driving from place to place. A road that has been a pain in my arse all summer was flooded.


Will an inner tube get me to my hairdresser on Gammon Rd. any faster?


Three of my favorite day trip routes are still closed and since one leads to the best bratwurst on the planet and the other to the best shoe store, I'm a little panicked. Don't follow this link if you love shoes.

How will I survive without bratwurst and shoes?


The Shoe Box flooded and this article from WKOW talks about the owner not being able to cross the street because of the current.


The current! Steve (everyone knows Steve, he's given me great deals and free license plate frames) couldn't get to the store because of the street's current.


Holy shite my dad stayed in skilled nursing across the street from there and now a bridge is gone and they're talking about collapsing roads and hundreds of shoes floating around in waist deep water. Why do I find that image so disturbing? 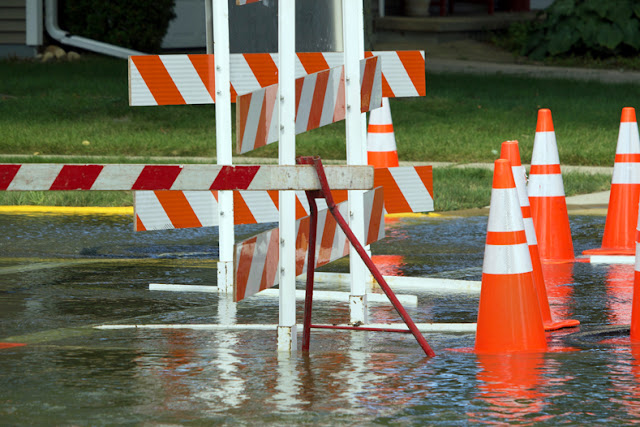 Sunflowers On A Rainy Day Was Going To Be The Title

It wasn't raining when I went to Eugster's Farm for Sunflower Days at the end of July, but it's raining now so here are some flowers that look as if they need water.

When I started this post yesterday I had no idea what an understatement, "but it's raining now" would be.

I'd been driving around in it all day and got so drenched that I packed it in and went swimming. Even the lifeguard knew I was more than shower wet and said, "Still raining, huh?" 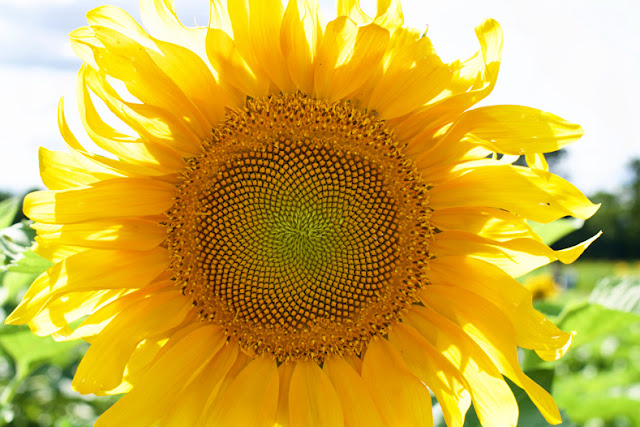 I'm not sure if that was lame or perceptive.


SETTING:                We are in a small SUV on the main floor
of a parking garage overlooking a large
sports medicine facility and small football
field. It is raining hard and COUSIN 1 is
soaking wet from the rain and a swim.
COUSIN 2 is on the opposite side of town
babysitting in a suburban home.
The time is 5:01 pm.

COUSIN 1
Holy crap, it's coming down.

COUSIN 1
Been out in this all afternoon and it's supposed to keep up all night so am going home right now.

COUSIN 1
Let me know if you want to reschedule on a nicer day.
(The time is 5:48 pm and the west side of town is a disaster. )
COUSIN 2
Holy shit there is flooding everywhere. It's even flooding on the roads going uphill.  This is crazy.

(Cousin 2 is forced to pull her mid-sized sedan into a gas station. )

COUSIN 2
Go ahead without me or should we reschedule?

COUSIN 1
I think ur nuts for thinking you could go at all.

COUSIN 2
I've never experienced this in my entire life. 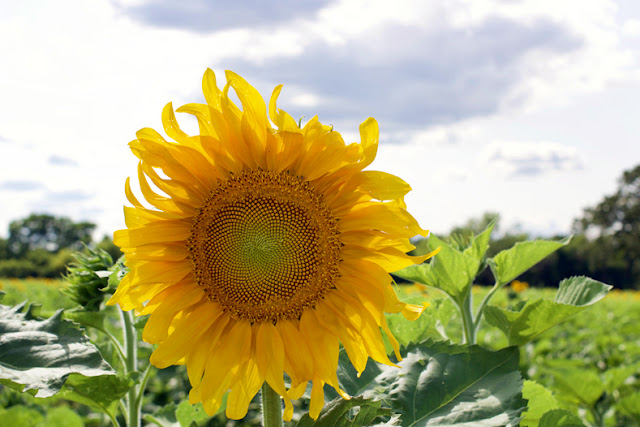 The conversation continued like this for an hour with me texting route closings which seemed to go unread and then something about gummy bears and a "Grandma Bag." Three hours later I get a text saying they were still at the bar. 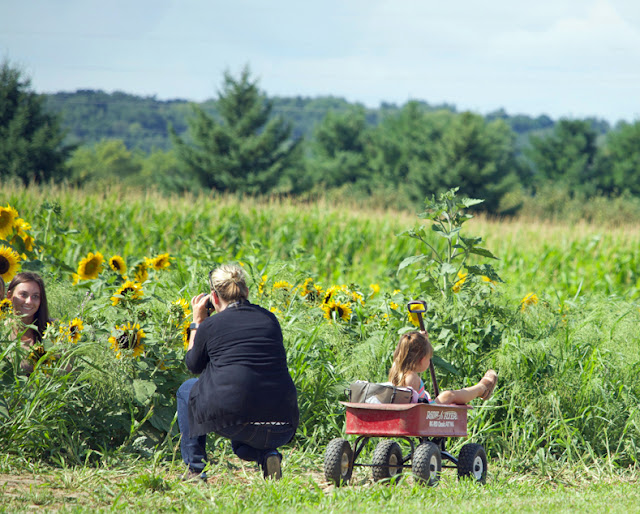 I can only guess "we" meant another lunatic cousin was there with her. There are so many flooded streets in this city right now I'd need a print out of road closures to leave the east side. I'm avoiding the west side like a lab avoids down time.


Someone died in the flooding last night, it was pretty horrific and hard to believe it happened in such familiar territory. A significant chunk of the city had turned into an Irwin Allen film. 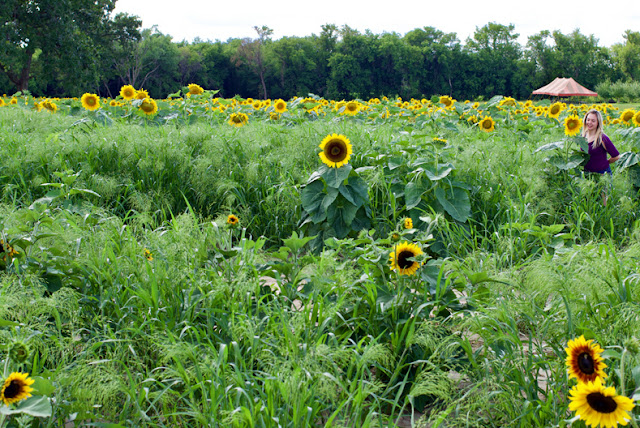 My cousin's parents and mine lived in this neighborhood for years. The last rainfall total put the city at more than 11 inches with parts of the county getting 13 inches in 24 hours. It doesn't seem right to say we got a foot of rain. 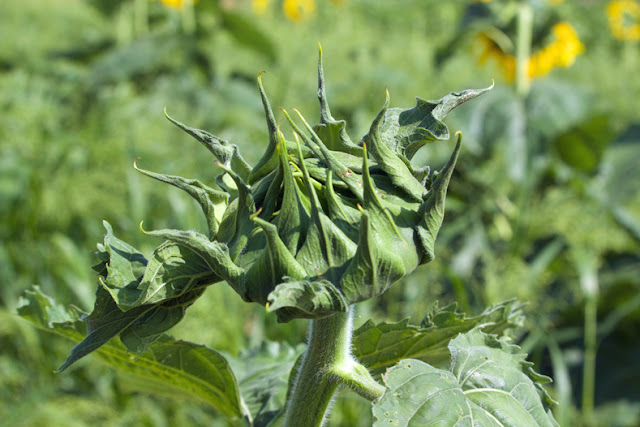 This is the same area a tornado blew through while my mother still lived there. 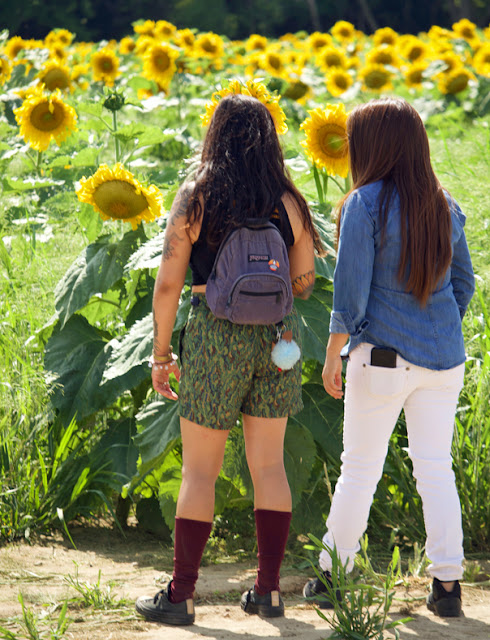 Being a paranoid worry wort who expects a tornado, car accident or shooting at any given time has its advantages and kept me close to home yesterday. So I'll be adding, "rain" to my list of growing neuroses.
If you click on this link, the bottom video on the right is where my cousin was.
Posted by Jeanna at August 21, 2018 46 comments:

I found the midway at Angell Park open, deserted and ripe for another romp with my favorite PNS filter, Impressive Art. It might not be a serious camera, but it's the camera I had. 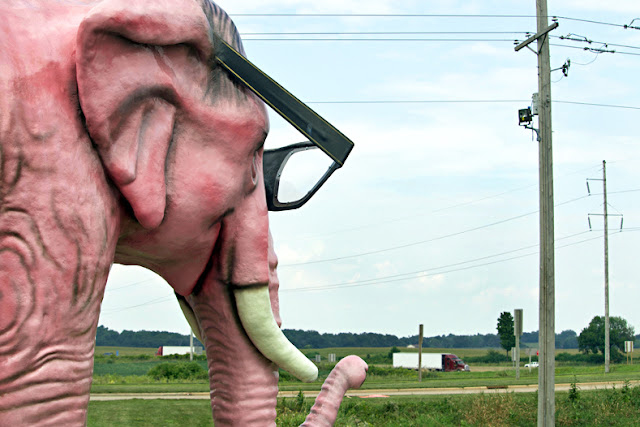 EXT. HWY V NEAR THE INTERSTATE — DAY
JEANNA and EVELYN are riding through the countryside in a small SUV

JEANNA
I've never gotten a picture of that elephant.

JEANNA
(taking hand off
wheel to point)
That one.

EVELYN
You mean the pink one?

EVELYN
Well, look at that.

JEANNA
I never knew it had glasses.

EVELYN
Who has glasses? 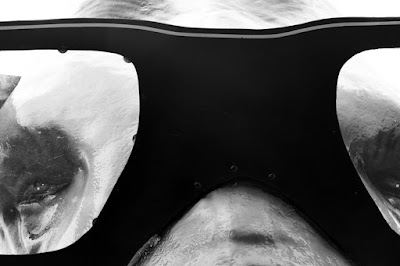 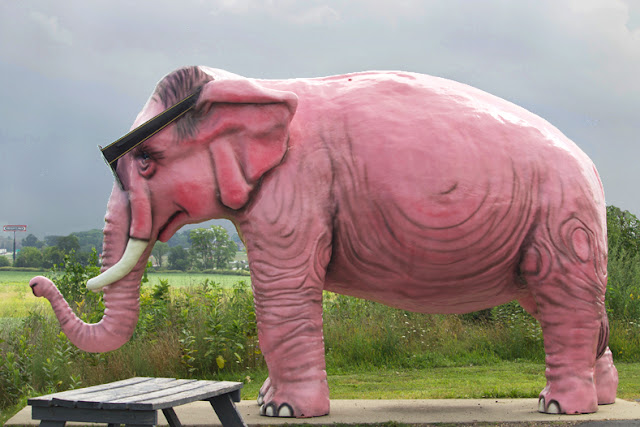